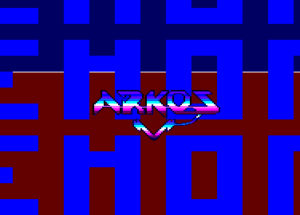 Demoniak 6 was a disappointment for me (Targhan). I didn’t write as many texts as I wanted, I wasn’t satisfied of the overall feedback (the discmag was badly spread), and the Arkos team was falling apart. Orphee was studying in Ireland, and Rainbird was in the US… So I took the reins of Arkos, and decided to code another Demoniak, with a new interface, and full of texts. Even though I wrote most of them, Orphee did some too, as well as some guests. As we couldn’t get contact with Rainbird, he simply didn’t appear in the issue. Its success was very pleasant. The best articles are the ones talking about the ‘scene’, and most notably the ones that criticized it :). All was made for us to produce Demoniak issues very quickly, but for some reasons it didn’t happen. Demoniak 7 remains the best – yet the last – issue up to date.